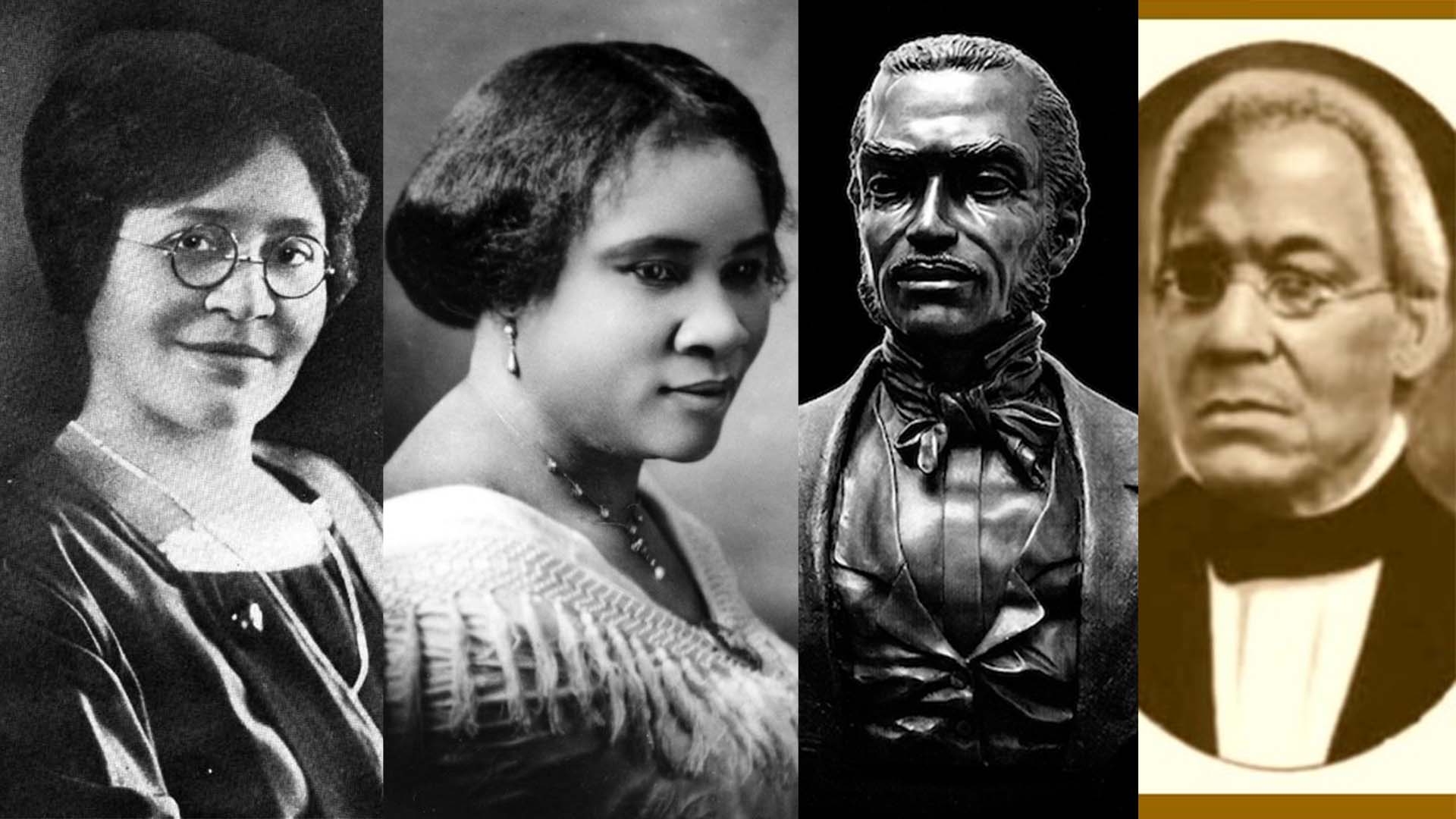 Black history is celebrated every February, but we don’t want to do just that. We want to celebrate it everyday at TESBROS. For us, it’s not just a marketing campaign that we put together once a year and forget about. We live and breathe by our inclusive culture here at TESBROS.

This important month allows us the opportunity to share stories of how Black history and culture impacted us and the whole world. So, we want to say thank you to all the entrepreneurs who paved the road before us.

These 4 incredible people we chose to highlight this year are an inspiration to our company and the diversity and inclusion we want to uphold.

Born in 1869, Malone’s love of both chemistry and hair care developed at a young age, and she started practicing hairdressing with her sister in high school. She began to develop her own hair-care products and sell them door to door. She called her product “Wonderful Hair Grower.” She knew all the goose fat, heavy oils, soap, and bacon grease women were using to straighten their curls were damaging both scalp and hair, and her product didn’t. Malone opened her first hair care shop by 1902.

In 1917, she founded and developed Poro College, a commercial and educational business focused on cosmetics for black women. Poro College as an institution of learning was established as a way to teach people about black cosmetology. Through the school and the business, Malone created jobs for 75,000 women around the world. She’s recorded as the first black female millionaire in the United States, with a reported $14 million in assets in 1920.

Smith was born in Pennsylvania in 1797 to a slave woman. At the age of 5, he became an indentured servant and was assigned to work in the lumber yards. After he bought his freedom for $50 at age 21, he continued working in the lumber yards until he established his own lumber business in 1822. He later expanded into coal, real estate, and railroad businesses.

Smith became the wealthiest black American in the North prior to the Civil War. At the same time, all of his enterprises only fueled his drive to be an avid abolitionist and contributor to the Underground Railroad. He was also a minister (ordained in 1838) and served as chairman of the black abolitionist organization in Columbia, PA. By 1857, Smith was worth $500,000 (approximately $13.5 million today).

Walker is one of the first American women to become a self-made millionaire. She was born in 1867 as Sarah Breedlove. Unfortunately, in 1888, her husband died leaving here a 20-year-old widow with a toddler. She moved from Mississippi to St. Louis, Missouri, where her brothers were working as barbers. There, she worked as a washerwoman to provide for her and her daughter making $1.50 a day. In 1906, she married again to Charles Joseph Walker.

Like Malone, Walker also struggled with hair loss and was experimenting with solutions. In 1904, she began using Malone’s “The Great Wonderful Hair Grower.” Soon after, Walker and her daughter moved to Denver, Colorado, to sell Malone’s products, also around the time she decided to adopt a new name: Madam C.J. Walker. Inspired by her time at Poro College and as a Poro agent, she began developing her own line of hair care products, “Madam Walker’s Wonderful Hair Grower.” In 1908, Walker moved to Pittsburgh, Pennsylvania, opened a factory, and founded Lelia College, named after her daughter.

In 1913, she expanded internationally to Central America and the Caribbean. By the time she died on May 25, 1919, her business profits annually were over $500,000 in sales.

Both Malone and Walker contributed tremendously to the progression of black beauty and where it is today.

In 1777, McWorter was born into slavery in South Carolina. His mother Juda was a slave, and his father was her enslaver. He learned business skills from being leased out by his father to work for neighbors as a laborer, and eventually saved enough money to buy his freedom. After seeing the demand for saltpeter in the war of 1812, he became a saltpeter manufacturer and businessman. Among other things, saltpeter is one of the primary ingredients in gunpowder.

Frank is known to be the first African-American to found a town in the US, New Philadelphia, Illinois, in 1836. This town soon became a hot spot for the Underground Railroad. Because of his success, while alive, he was able to buy the freedom of about 16 members of his family. He was able to see all 7 of his children free and living in the New Philadelphia community. After his death, his heirs used his inheritance to free more relatives.

He thought the town would benefit with its placement along a canal. The town plan consisted of 144 lots on 20 city blocks. Each lot measured 60 by 120 feet. He sold the lots to both blacks and whites. With an integrated town, blacks and whites together participated in community organizations and one public school. Many of his family’s freedom purchases were financed by his sale of lots in New Philadelphia.

If you don’t know much about TESBROS, we’re a Tesla accessories company based in Chattanooga, TN. We design and develop all of our vinyl and PPF kits in house, as well as source our maintenance and cleaning care from only the best. Our mission is to help you protect, maintain, and customize your Tesla.

Find us on social: