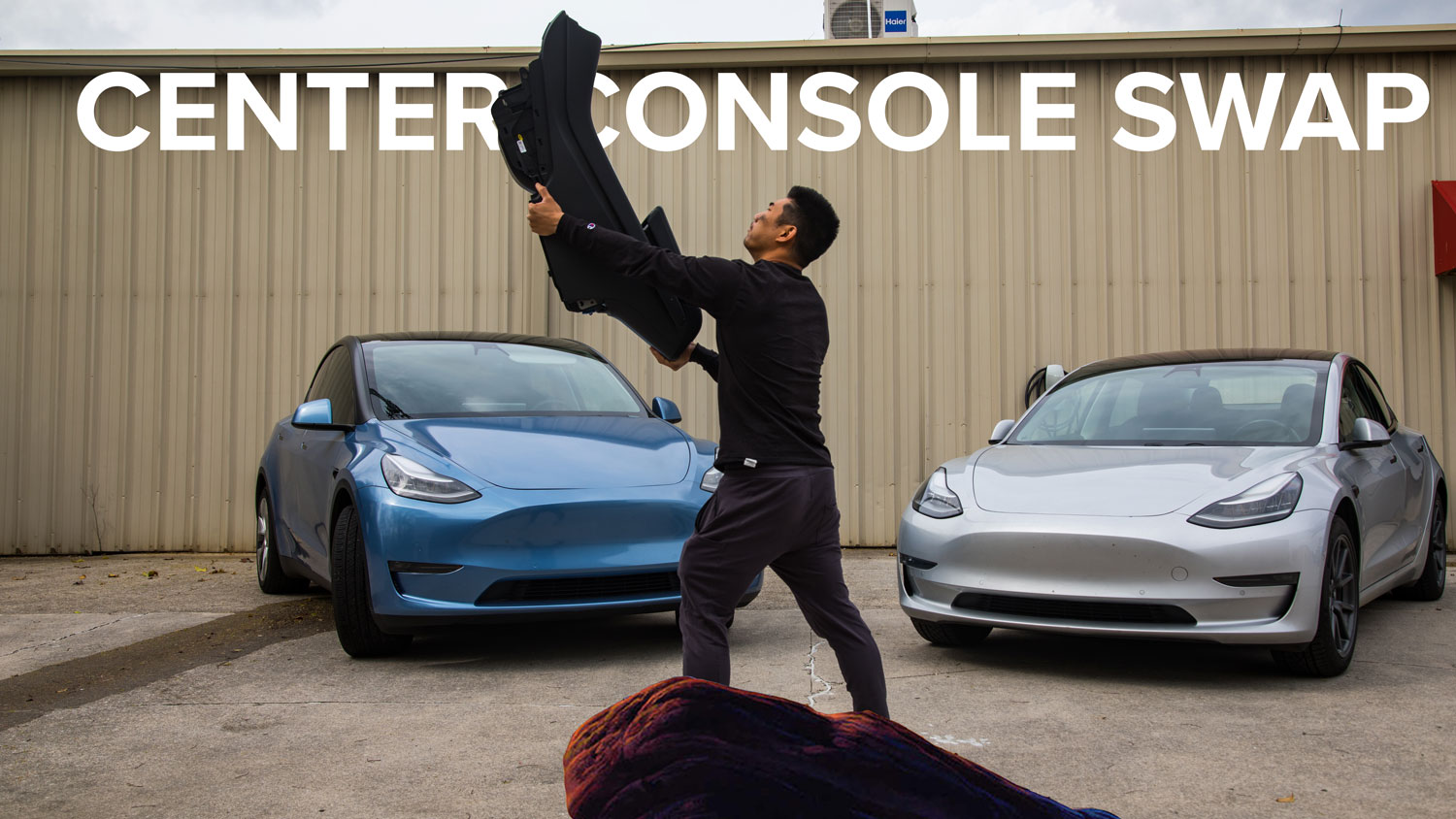 Earlier this year, Tesla released the new center console design in the Model 3 which incorporated a sliding door, built-in charger, and a new dark satin gray look as opposed to the piano black. Even though it was functionally very similar, one of the most common questions that Tesla owners asked was, “Can I get this on my older Model 3?”

I first wanted to install it on my 2018 Tesla Model 3 RWD, but I remembered that when I was installing the Hansshow auto trunk, the CAN BUS connector for the 2017-2018 models and 2019-current models were different sizes. So sure enough, I double checked the connector from the center console 2.0 and it was different. I wouldn’t think the connection itself is different but I could be wrong, and I didn’t have time to rewire or create an adapter so I settled for installing it on my 2020 Model Y AWD instead.

The other big issue was the possibility of it bricking the car. Tesla Inventory did a video where he plugged in the new center console on his Model Y that bricked his car. The main reason why it bricked his car is because Tesla vehicles have a security controller under the cup holder section. If the vehicle recognizes a new security controller, it freezes as a security measure. To clarify, the authentication of our key cards actually happen under the cupholder and not from the computer. Which got me thinking…what if we swap out the security controller and then plug it in? Since everything else is nearly identical, would it work? Watch the video to see our journey through this.

Where I Bought It

Tesla released a parts website a while back that breaks down every single part that makes the Tesla. The center console 2.0 part number is 1755503-00-A and is considered over the counter which means you can purchase it from your local Tesla service. They can also ship it to you for a fee. All in all, they ordered it for me and shipped it to me which totaled out to be around $1,000. It’s not a cheap upgrade, but it worked out for us since we needed to do the Center Console 2.0 instructional video and we would use the CC 2.0 for many other product developments.

This isn’t necessarily a step by step guide, but I will try to break it down as simply as possible with bullet points.

How To Wash Auto Detailing Microfibers