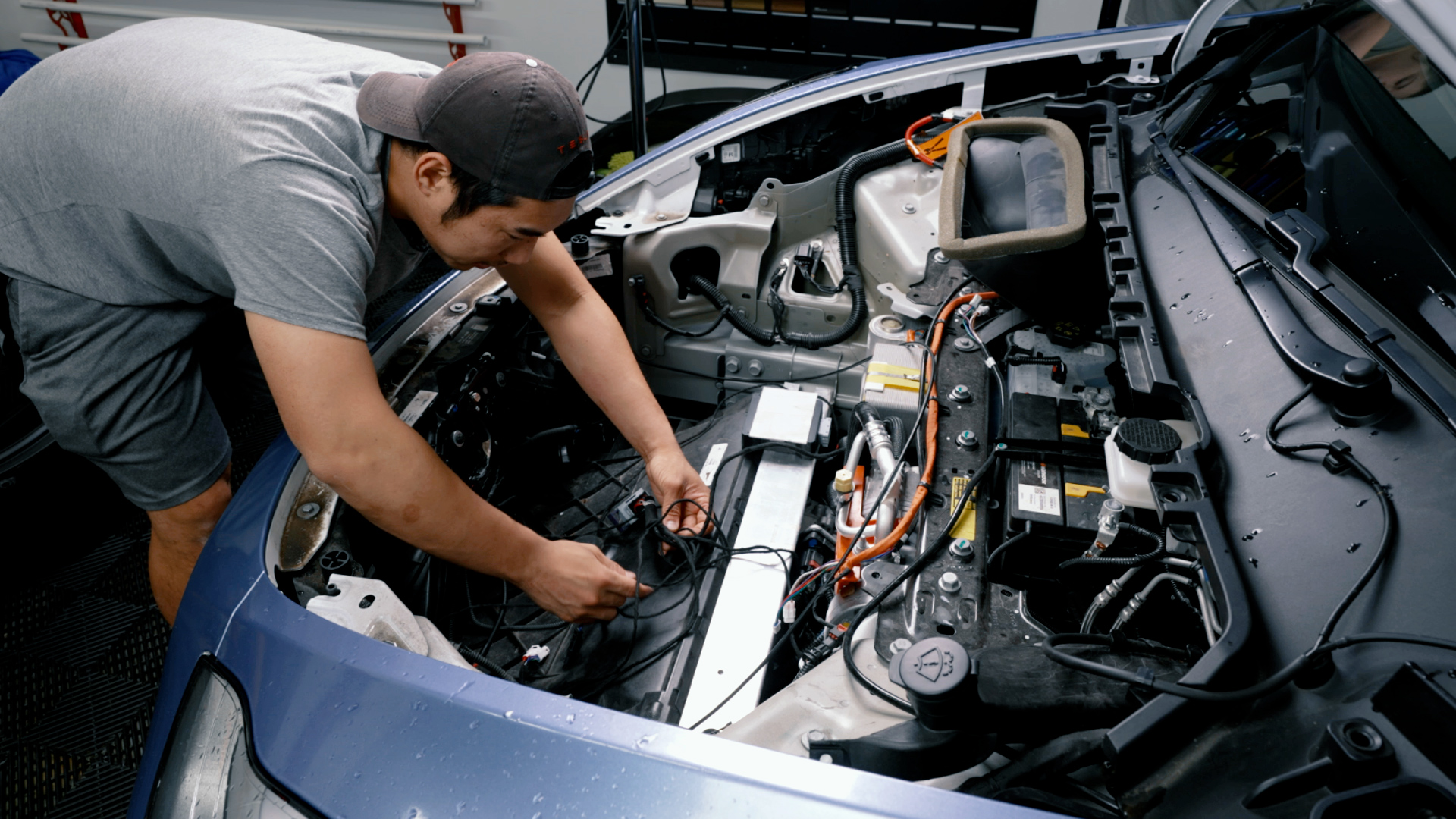 Sometimes you just want a little something extra to flex on your Tesla. We get it. This will upgrade your frunk to an auto power frunk by using your app, key fob, or tailgate button. The Hansshow manual it comes with wasn’t very helpful for me, so I decided to do some trial and error to make this more in-depth guide for you all. I hope it helps! It’s not a super hard install, but it does take some patience, and extra hands never hurts.

CHECK OUT THIS BLOG IF YOU BOUGHT A KIT IN 2023: https://blog.tesbros.com/install-hansshow-power-funk-2023-tesla-model-y/

It’s really better to watch the video for this part. There’s just quite a bit that don’t really have names.

Plug the button in to see if it closes by pressing it. Then, open it up with your app. Close it with the app too, and open once more. Watch the latch and make sure it’s fitting correctly as you do so.

Put the power box and the actuator in the front with adhesives. Find a spot that doesn’t allow for much tension when the frunk goes back in. Then, bunch up the wires and zip tie them in appropriate places. You just don’t want them to move around, so make sure they are secure.

If you close the hood and it’s not flush with the bumper, try to see what needs to be lowered or heightened. Then, open the hood back up and move the two latch bolts up and down as needed. You might have to do this several times before you get it like you want it.

If it’s really bad and nothing you do is fixing it, then the brackets pictured above might not be in the right place. You’ll need to go back and fix that before moving on.