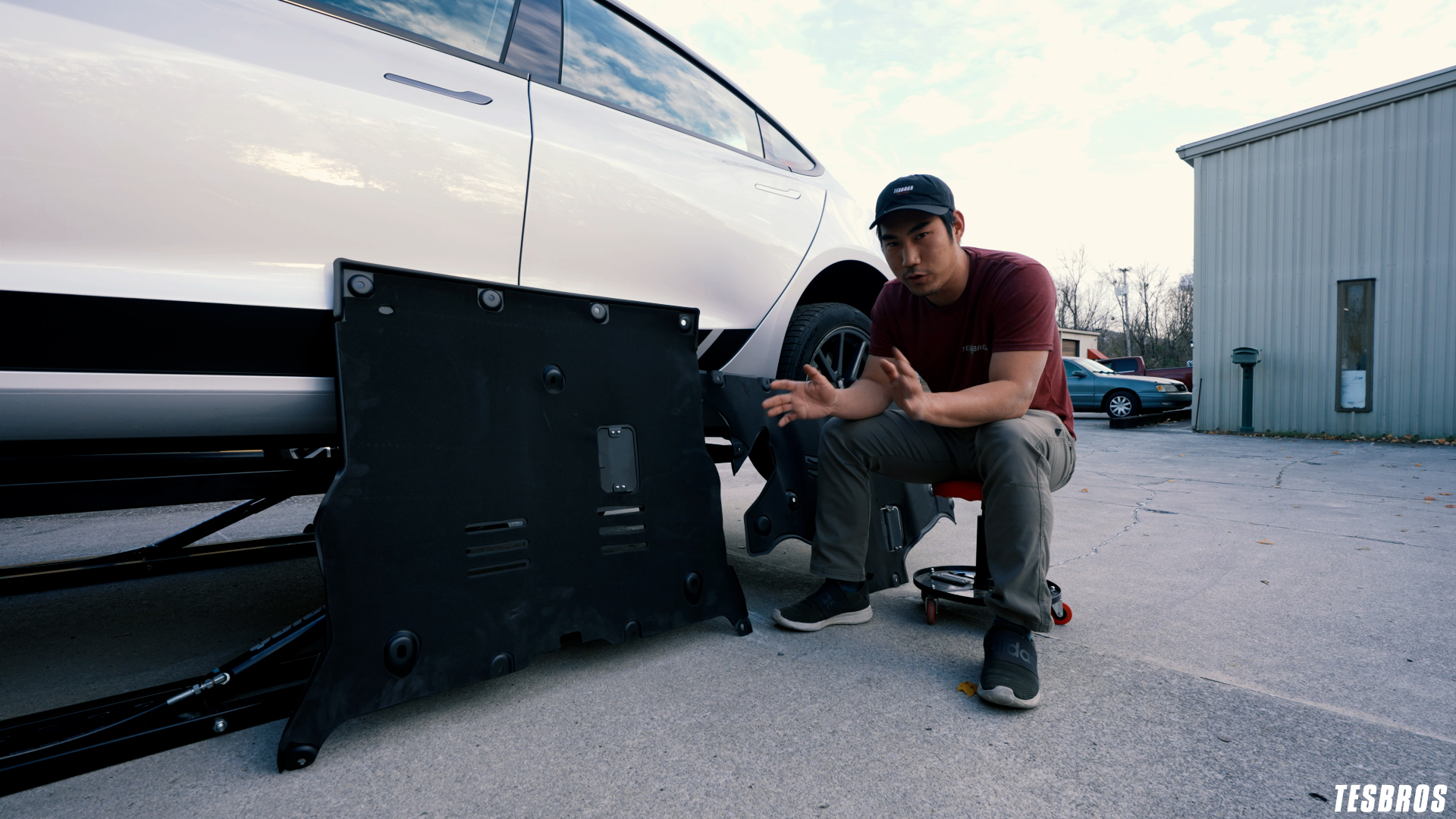 How to Replace your Tesla Model 3 Skid Plates

Tesla’s OEM skid plates are made out of fiberboard – which is basically a cardboard composite material. It’s easily susceptible to water damage, swelling and warping if in direct contact with the elements, and rips or tears due to hitting low curbs or driving over rough areas. There’s one in the front and one in the back covering the drive units.

After replacing my OEM skid plates about once a year due to irreparable damage, I wanted to figure out how to make this a permanent fix.

Aluminum skid plates were the answer. These have sound dampening material on the inside to decrease road noise, while fully protecting your drive train. It’s a win-win. I never have to worry about hitting a puddle or bottoming out causing severe damage to my undercarriage because of these.

HOW TO REMOVE OEM PLATES

HOW TO INSTALL NEW PLATES