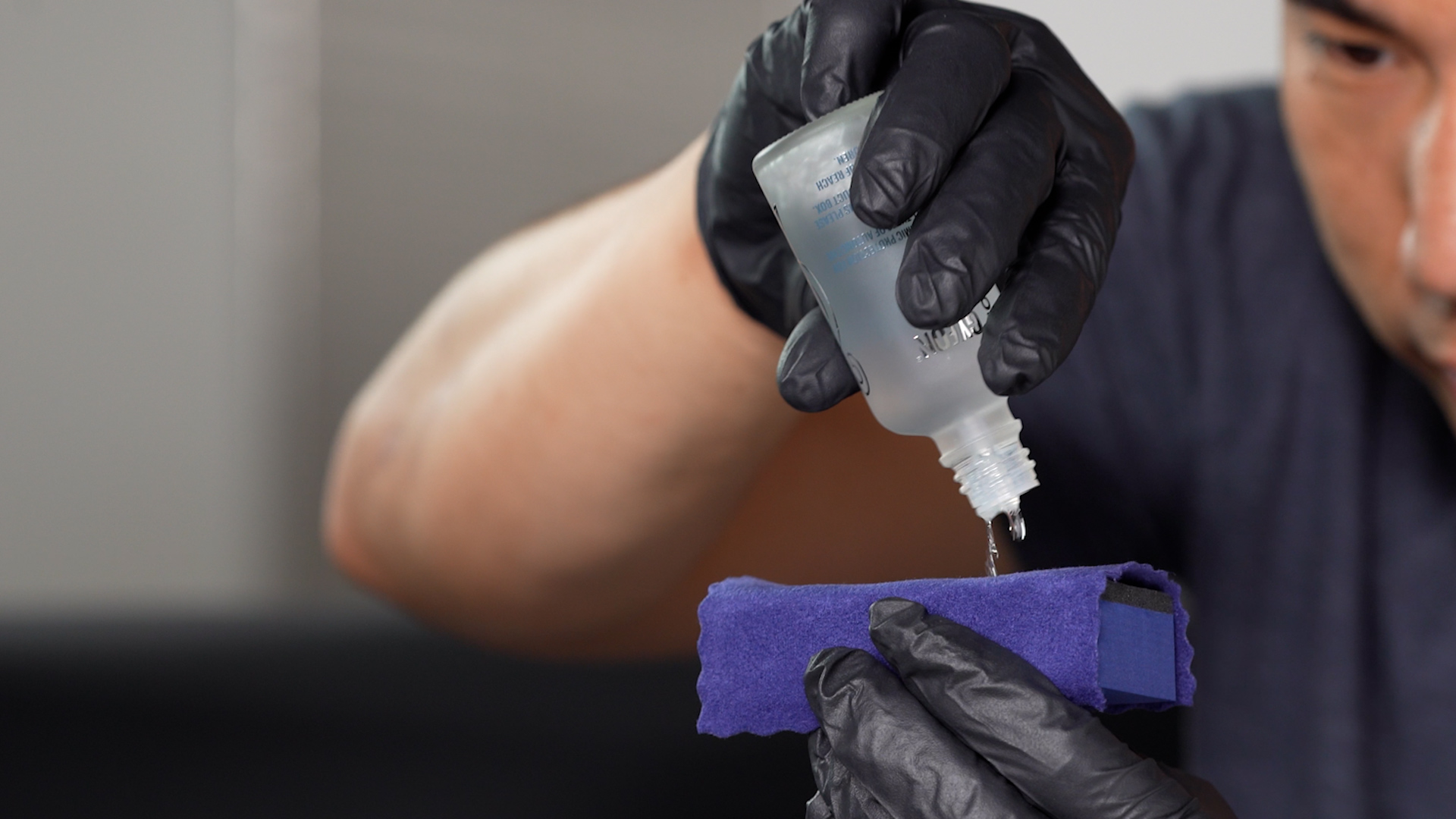 How to Protect Tesla Vegan Leather With Gyeon Ceramic Coating

What are Tesla seats made of?

Tesla’s vegan leather interior (seats, armrest, steering wheel, parts of the door panels) is made out of plastic and plant based materials. Therefore, your seats and other high wear areas are extremely susceptible to deteriorating overtime due to oils and UV rays being the primary culprit. However, you can prevent this deterioration by applying Gyeon LeatherShield – a ceramic coating made especially for leather and vegan leather. The video above shows you how it works and how to apply.

What is Gyeon LeatherShield made of?

SiO₂ (Silicon Dioxide) is commonly known in the form of quartz. Quartz is the second most common mineral in Earth’s crust behind Oxygen. A chemically inert and relatively hard mineral, it’s insoluble in water. It is usually used to manufacture glass, ceramics and abrasives. SiO₂ is also used in the construction industry to produce concrete. AND it’s the base of many ceramic coatings.

To give you a better idea of how strong SiO₂ is, its melting point is 3,115°F (1,713 °C), and boiling point is 5,342°F (2,950 °C). SiO₂ is a main component of lava. The more silica in lava, the more viscosity (thickness) it has, because silica forms such strong chemical bonds. These bonds even entrap volcanic gasses and create explosive volcanic eruptions. However, if there’s low silica content in the lava, it’ll quickly release gasses and create milder eruptions with a thinner, flowing lava. So, basically the stuff that controls volcanic lava’s shape can also be put on your seat for protection.

SiO₂ ceramic coating is the most well known and widely used type of ceramic coating. And for good reason. It rates a whopping 9H on the hardness scale (highest verifiable rating). Because of its insoluble properties and incredible surface tension, these coatings offer a slick surface and bring out the rich color underneath. It’s an extremely thin layer of protection, but offers an impenetrable boundary from oils, spills, dirt, and UV rays.

Ceramic coating can be applied over your car’s paint, wheels, and glass to create a hydrophobic coating and protect the paint to a certain extent. And LeatherShield Gyeon is specifically designed to protect your interior leather just the same.

You might be wondering how this is different from PPF, since these two terms are commonly associated. Check out this video to learn more about the differences between PPF, ceramic coating, and vinyl.

It protects all leather upholstery from dirt, spills, UV rays, oils, and grime. It leaves a healthy satin finish and will not alter the look or feel of your leather, so you really can’t tell that it’s there. If you have white leather like me, you’ll be happy to hear that it prevents dye transfer from jeans. Big win. This one coating should last around 1 year before reapplication is necessary. However, if you drive everyday, your driver seat and area around it may need to be recoated before the 12 months are up. I would recommend every 6 months if you’re an everyday driver.

Check out our durability test below!